In Norse mythology, Jörmungandr (Old Norse: Jǫrmungandr, pronounced [ˈjɔrmunˌɡandr̥], meaning "huge monster" ), also known as the Midgard (World) Serpent (Old Norse: Miðgarðsormr), is a sea serpent, the middle child of the giantess Angrboða and Loki. According to the Prose Edda, Odin took Loki's three children by Angrboða—the wolf Fenrir, Hel, and Jörmungandr—and tossed Jörmungandr into the great ocean that encircles Midgard. The serpent grew so large that it was able to surround the earth and grasp its own tail. As a result, it received the name of the Midgard Serpent or World Serpent. When it releases its tail, Ragnarök will begin. Jörmungandr's arch-enemy is the thunder-god, Thor. It is an example of an ouroboros. 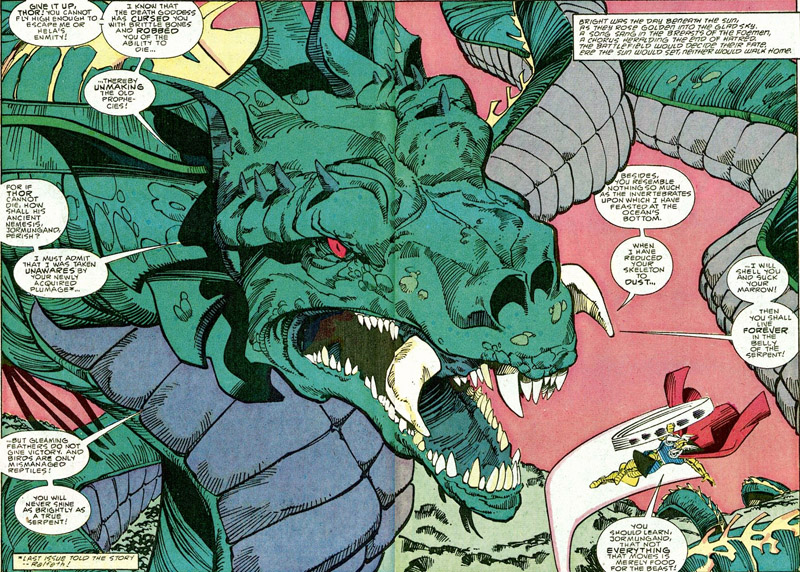 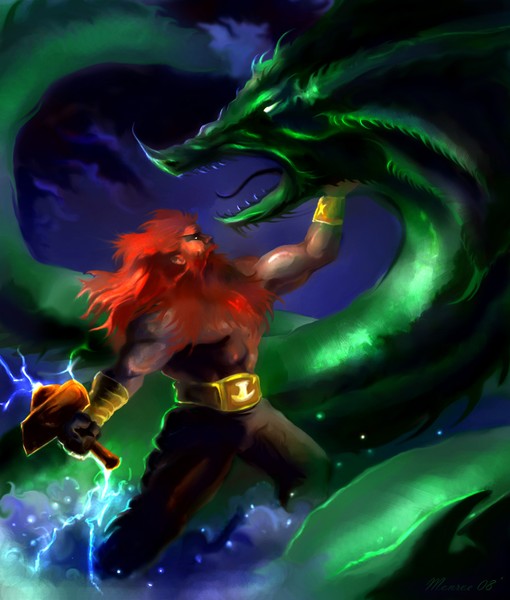 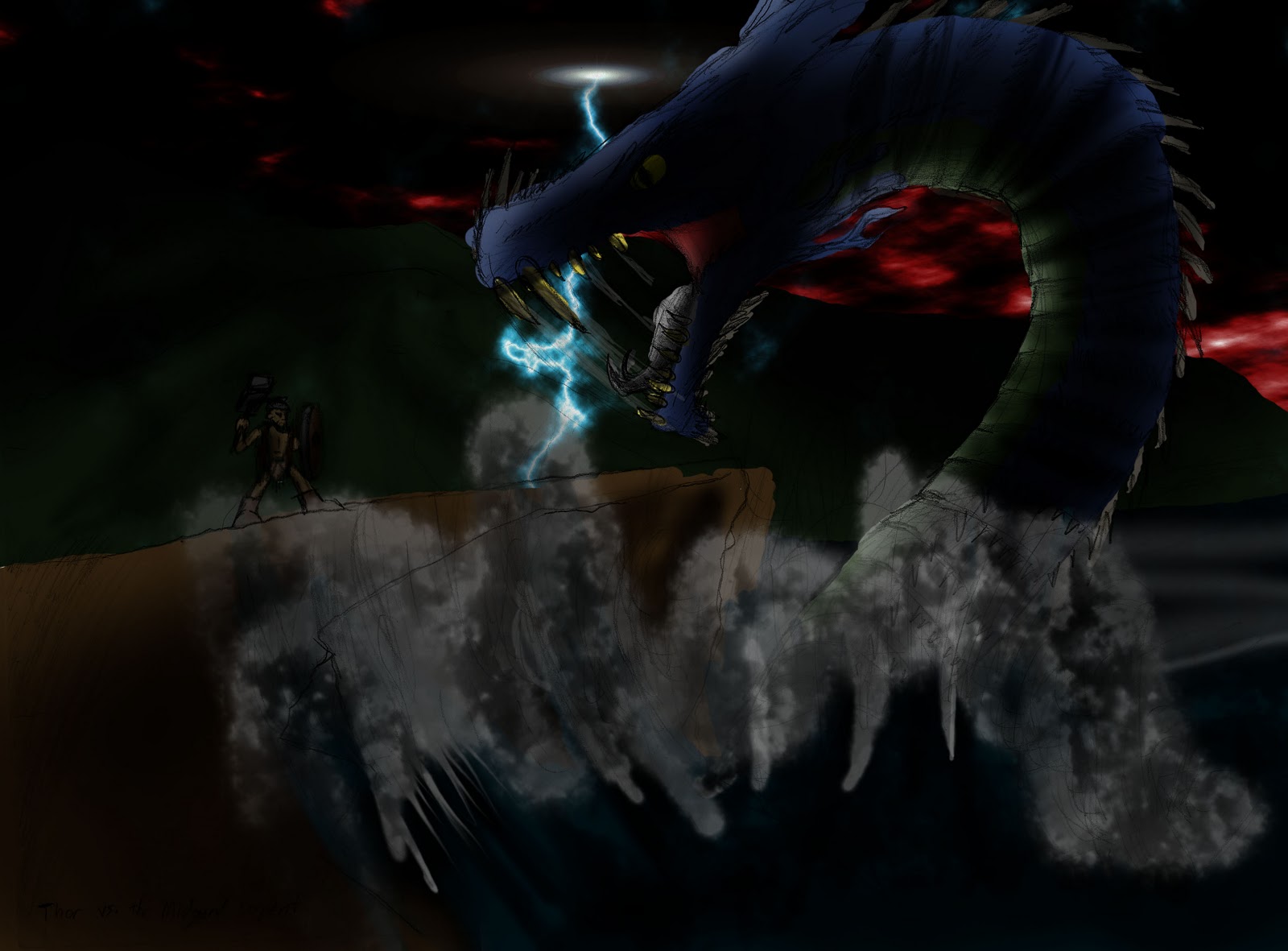