The Rolex Oyster Perpetual Milgauss is a wristwatch model introduced by Rolex in 1956 with model number 6541. The Milgauss was designed to meet the demands of the scientific community working around electromagnetic fields. The first of its kind, it is capable of withstanding magnetic fields of up to 1,000 gauss and became known for being worn by scientists at the European Organization for Nuclear Research (CERN) in Geneva. Its resistance to magnetic interference stems from a shield inside the case made of ferromagnetic alloys, which protects the movement. This shield consists of two components, one screwed to the movement and the other to the case. In addition, its Caliber 3131 movement includes paramagnetic materials. 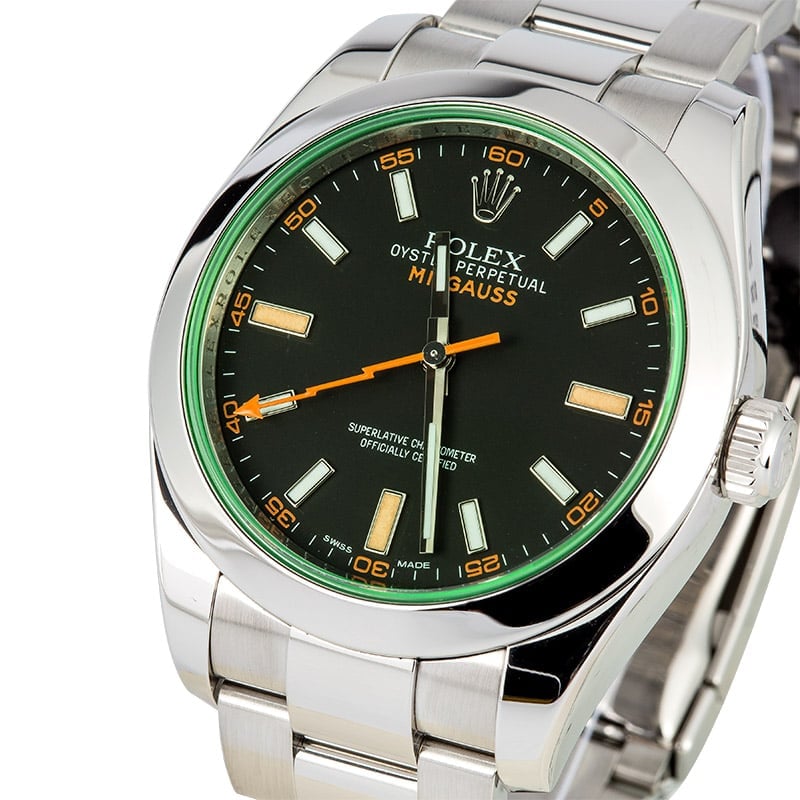 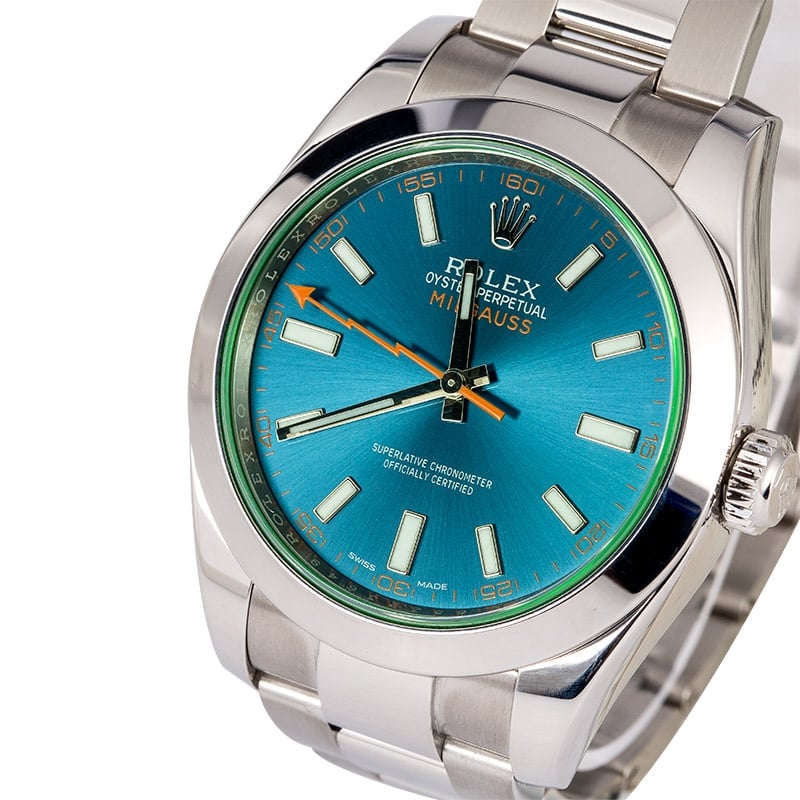 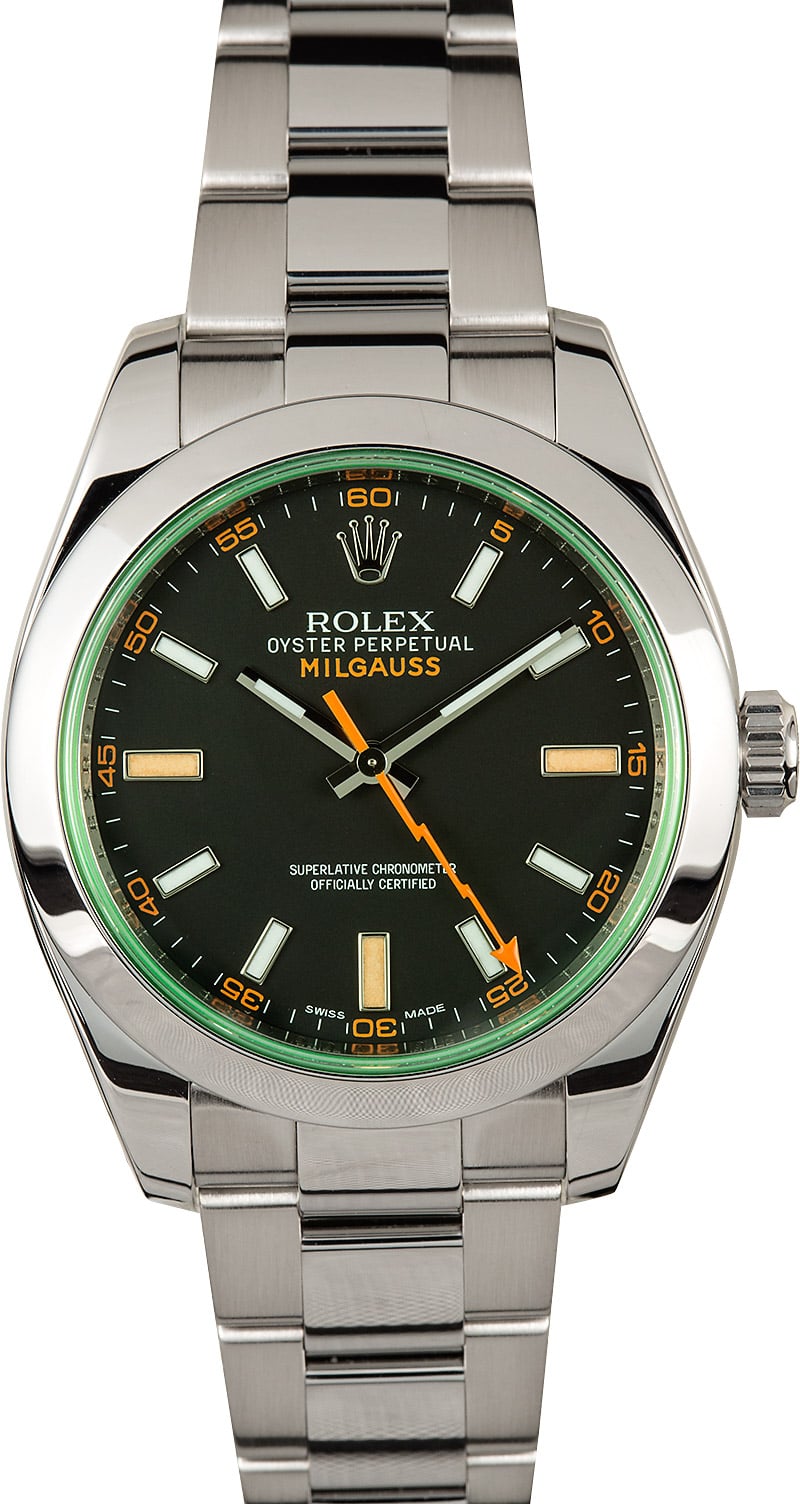 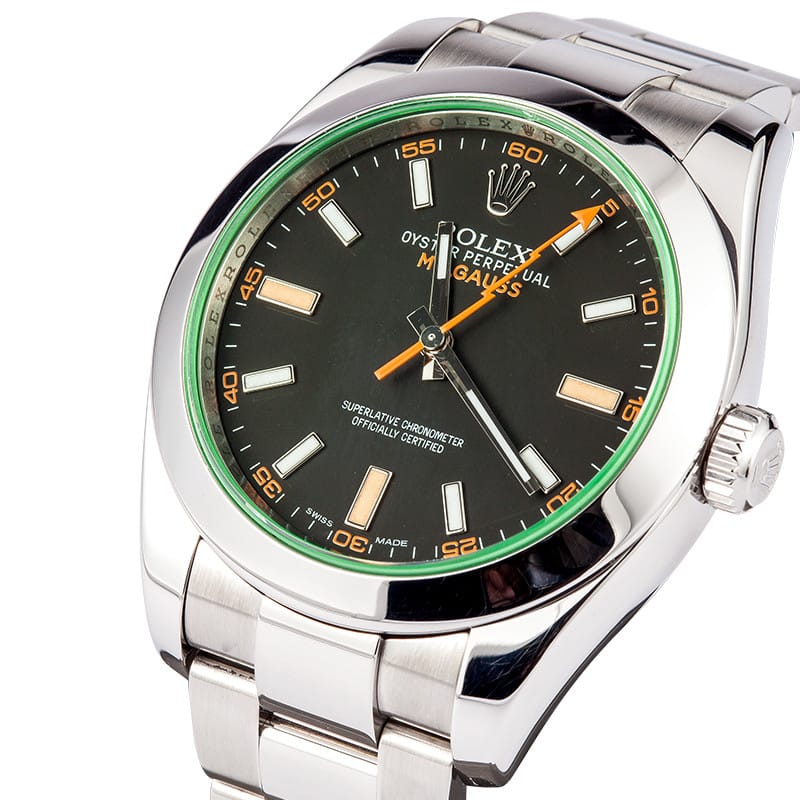 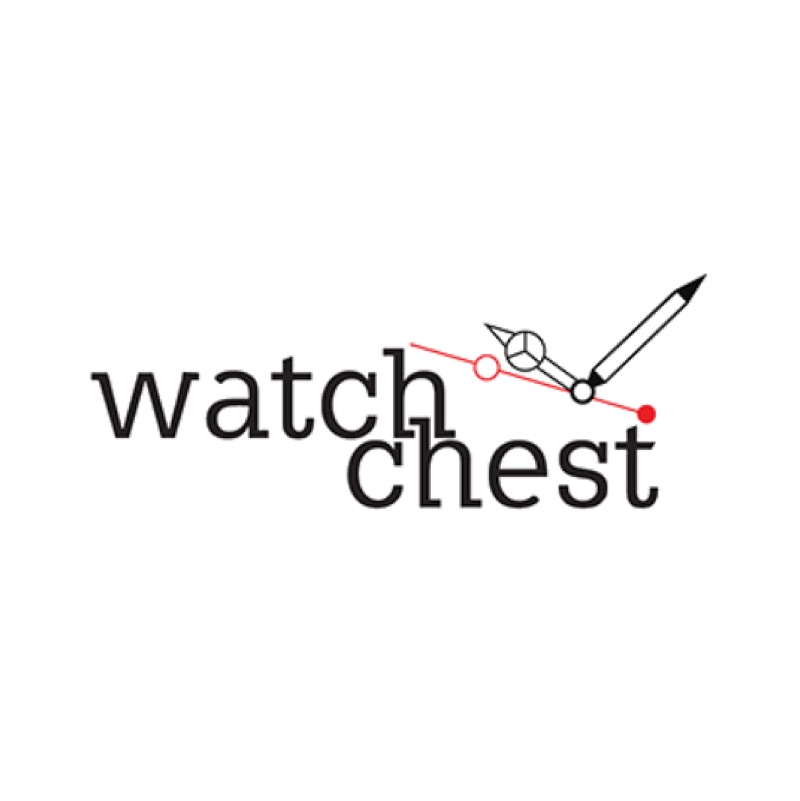 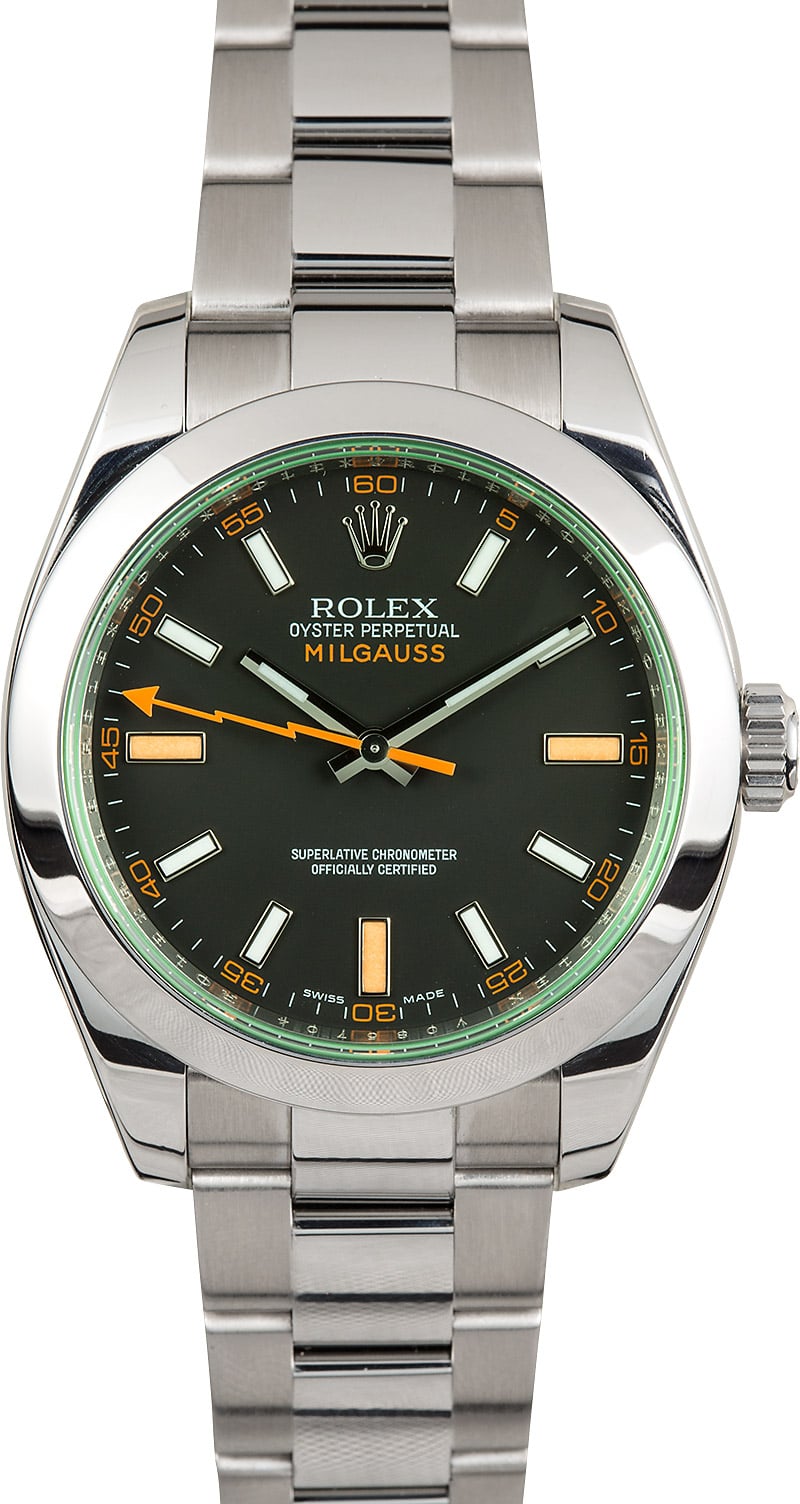 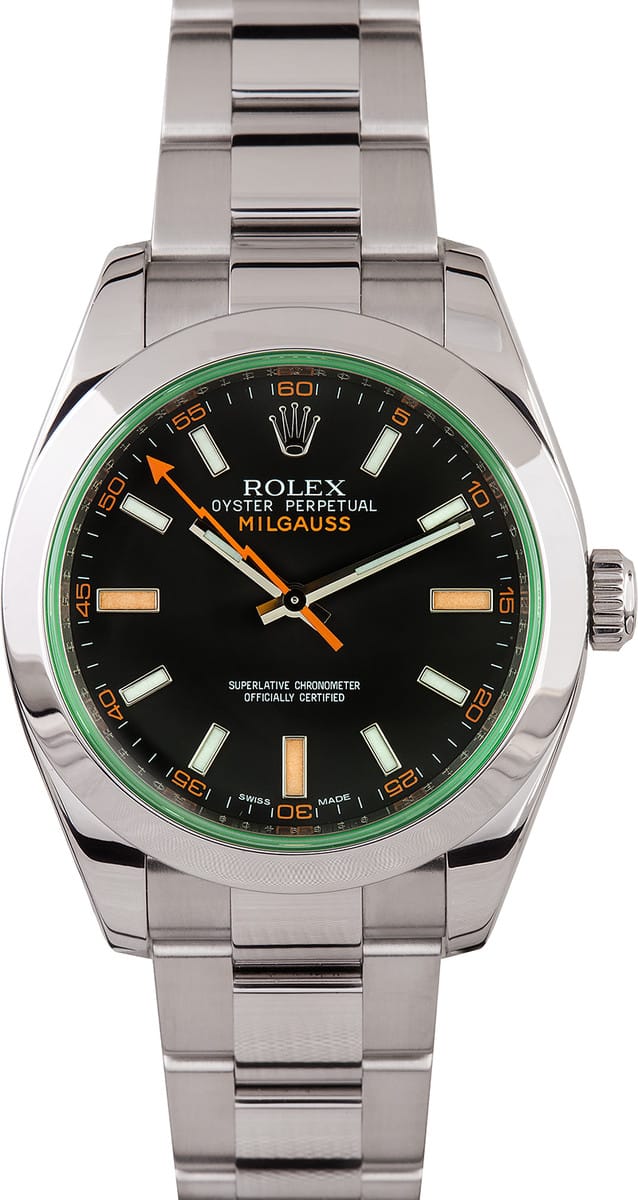 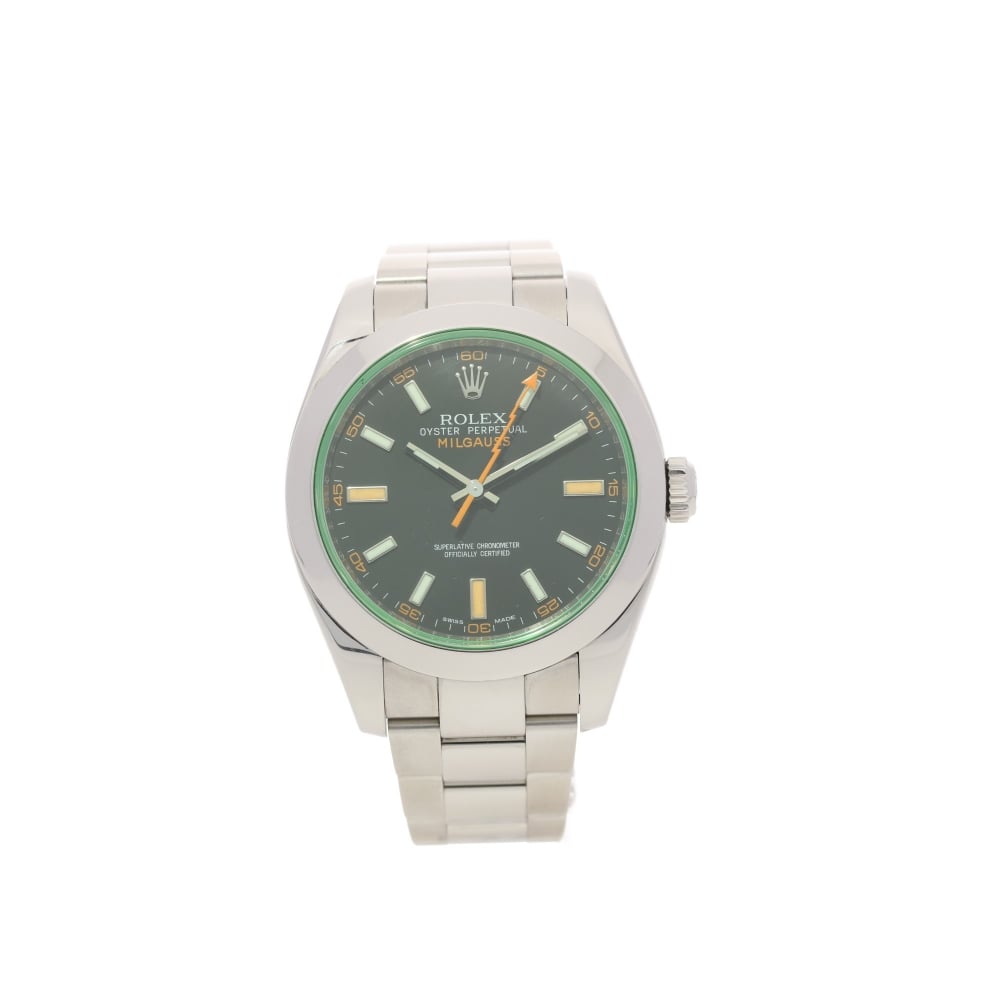 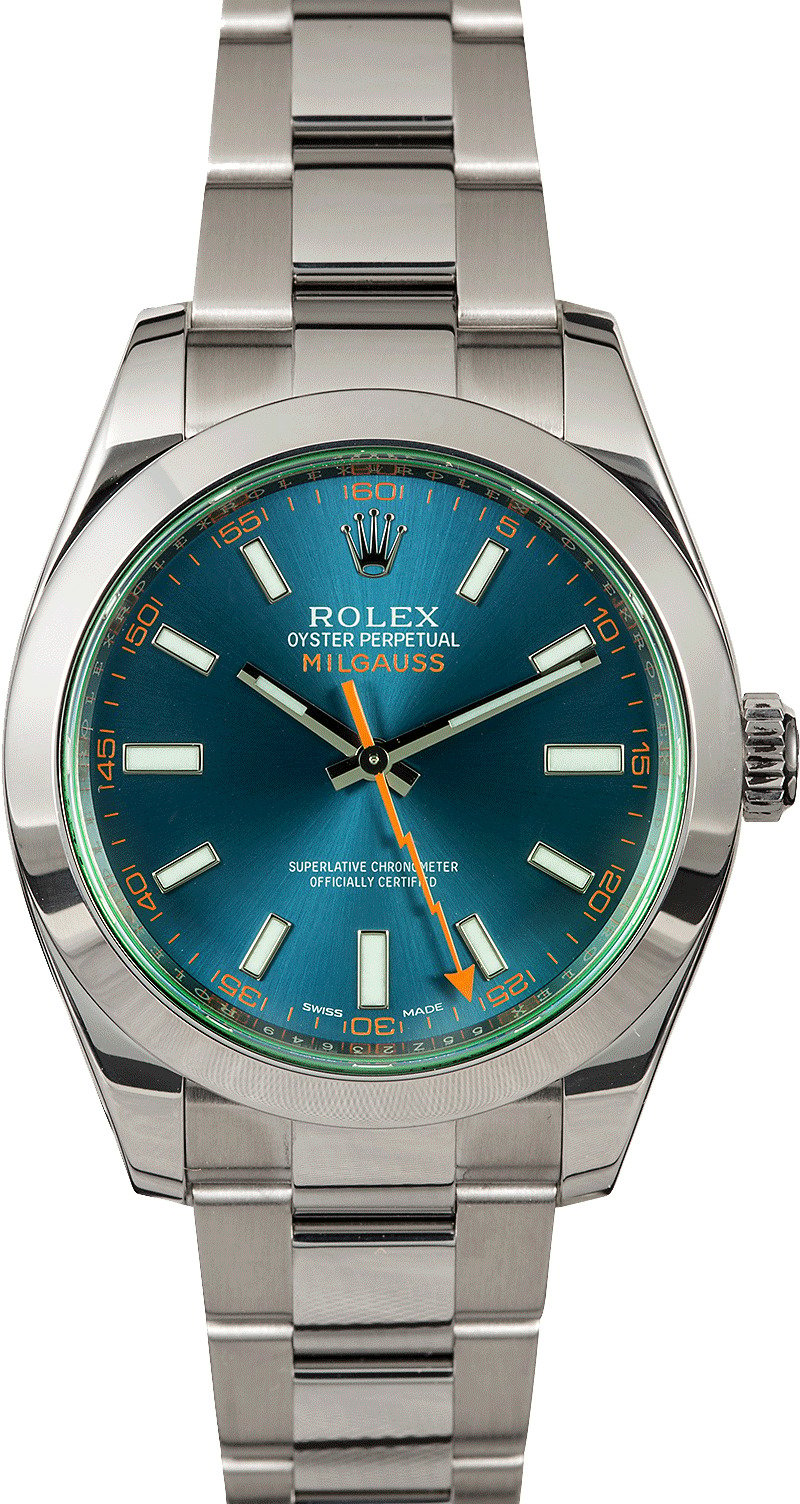 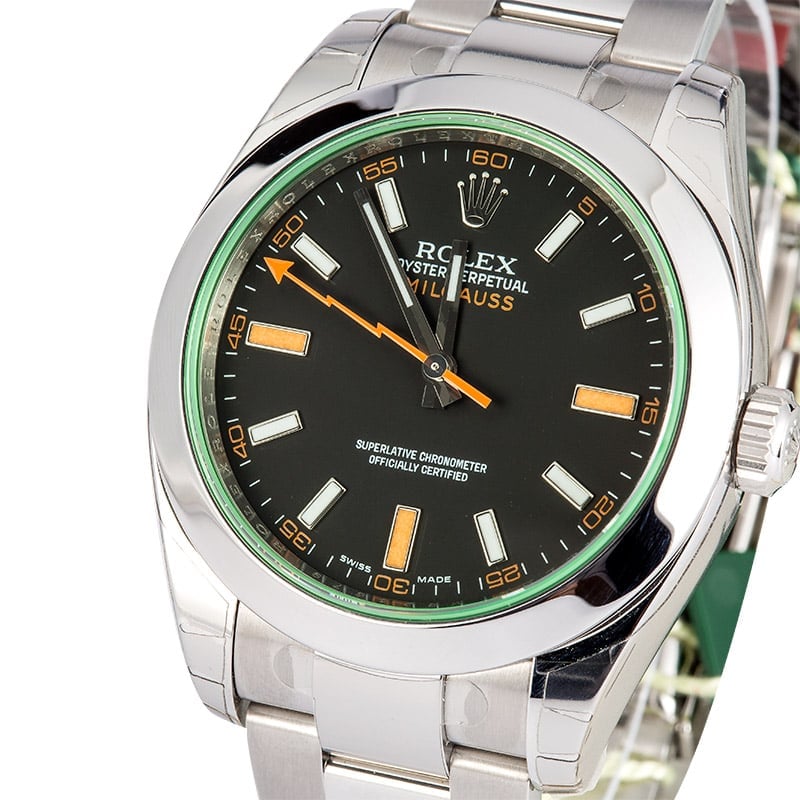 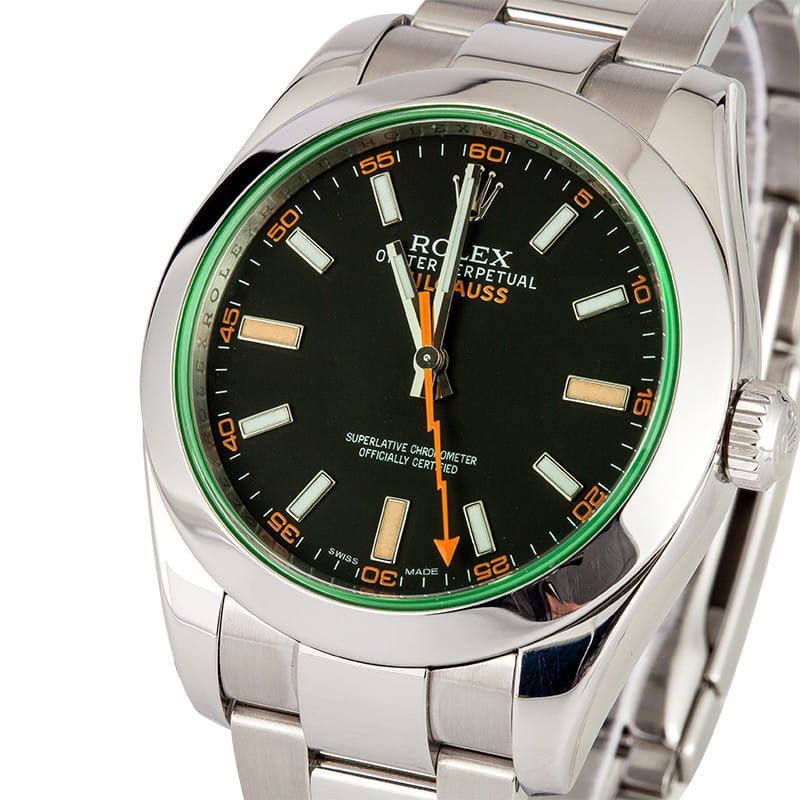 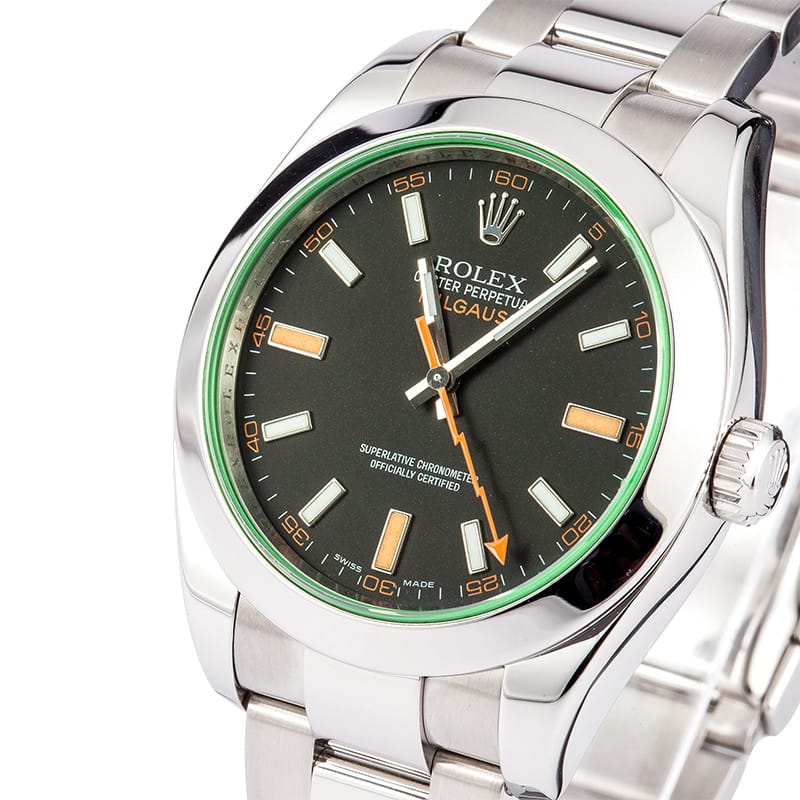 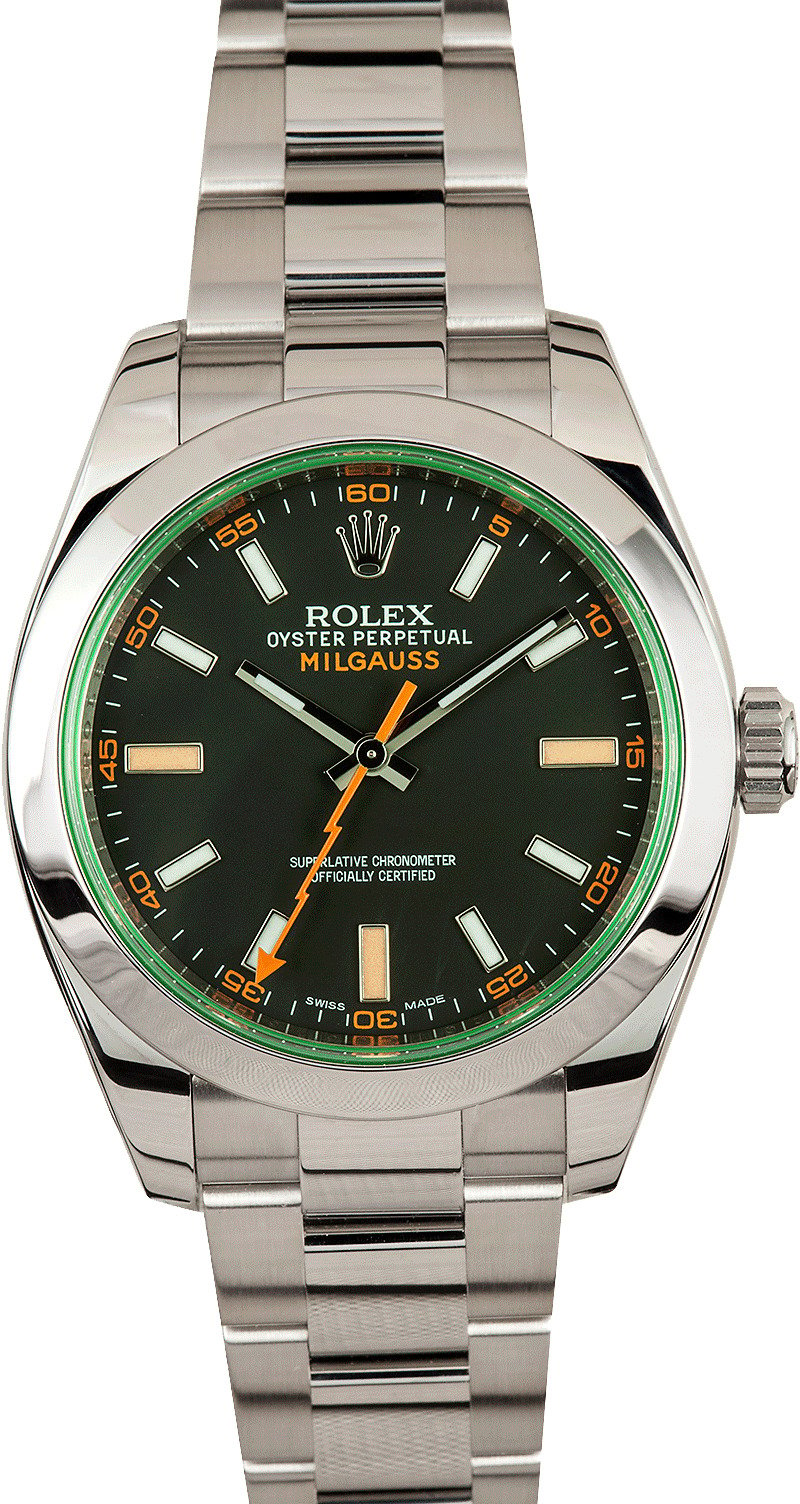 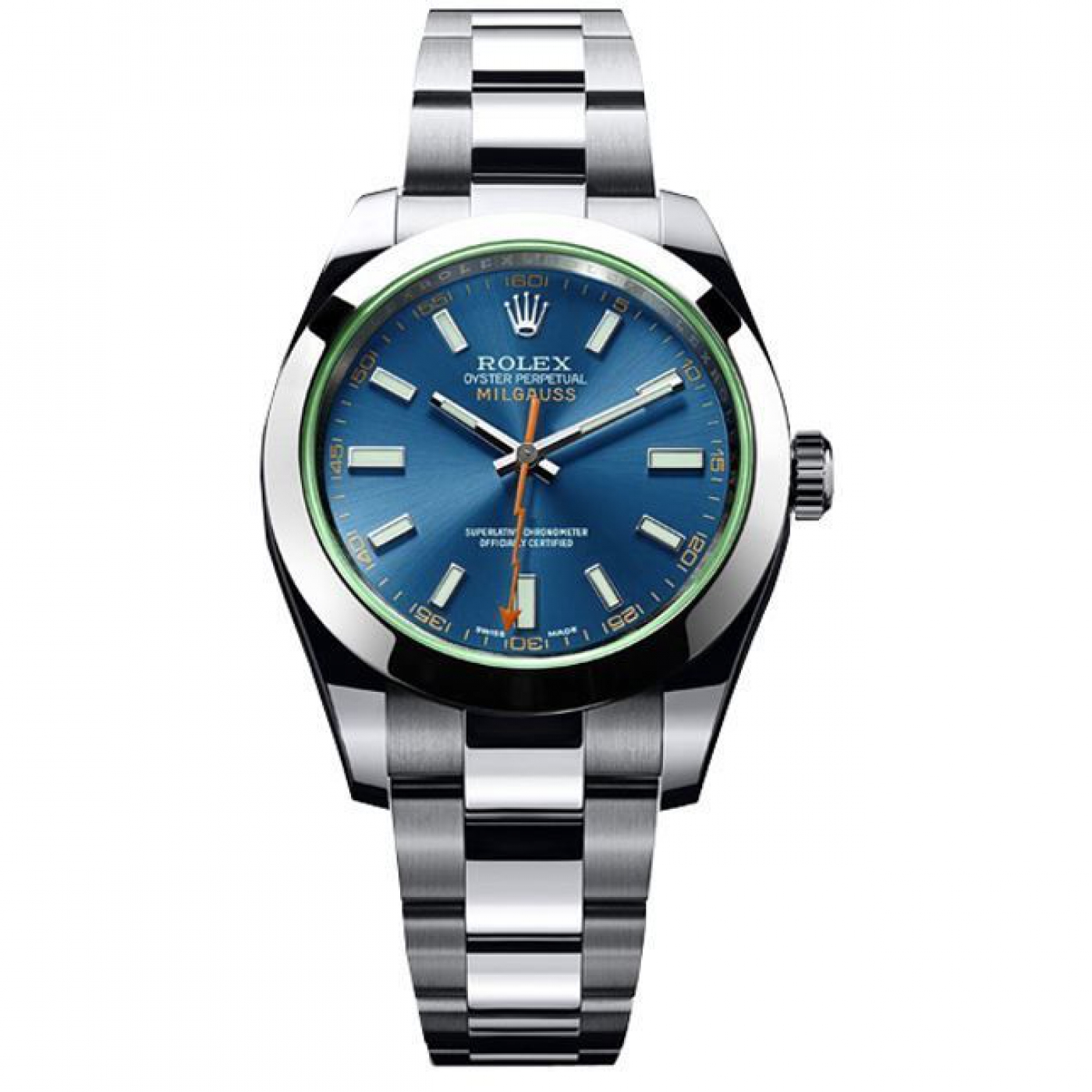 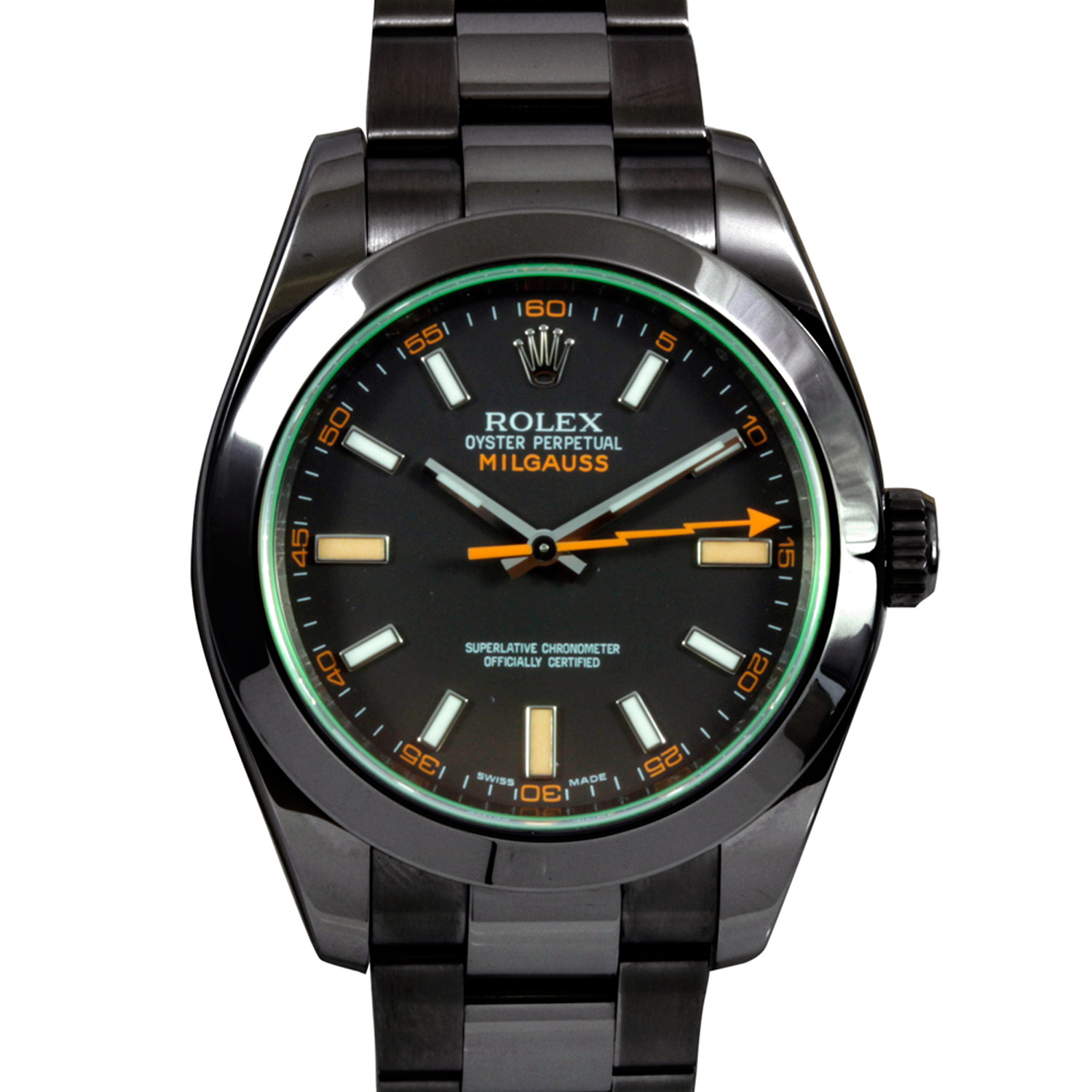