In 1946 Stewart starred as George Bailey in Capra's Christmas classic It's a Wonderful Life. This role, which earned him another Oscar nomination, is his most recognized. He expanded his performances during his later career to include more flawed and disillusioned characters in films by Alfred Hitchcock and Anthony Mann. Among his nine films with Mann are Winchester '73 (1950) and The Naked Spur (1953), while amongst his four films with Hitchcock came Rope (1948), Rear Window (1954), The Man Who Knew Too Much (1956), and Vertigo (1958). Vertigo was ignored by critics at its time of release, but has since been reevaluated as an American cinematic masterpiece. Stewart's other later prominent films included the comedy-drama Harvey (1950) and the courtroom drama Anatomy of a Murder (1959), both of which landed him Academy Award nominations. Stewart also appeared in westerns such as The Man Who Shot Liberty Valance (1962) and Cheyenne Autumn (1964), both directed by John Ford. 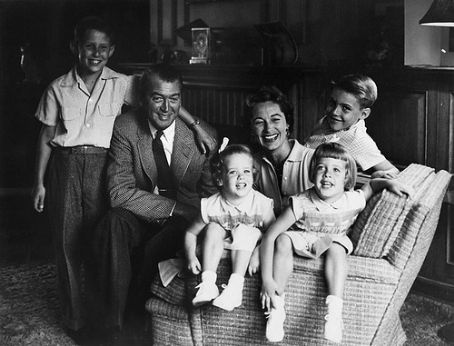