Just outside the town of Crescent Cove, Mike Tobacco (Grant Cramer) and his girlfriend Debbie Stone (Suzanne Snyder) are parked with other couples at the local lovers' lane when they spot a strange glowing object falling to Earth. Nearby, farmer Gene Green also spies the object, and believing it to be Halley's Comet, he ventures into the woods to find the impact site. He instead stumbles upon a large circus tent-like structure, and he and his dog are captured by mysterious clown-like aliens, the "Klowns". Shortly thereafter, Mike and Debbie arrive to investigate for themselves. Entering the structure, they discover a complex interior with elevators and various bizarre rooms. They soon find a gelatinized Green encased in a cotton candy-like cocoon and are spotted by a klown, who shoots popcorn at them from a large gun. The couple flees, pursued by a group of klowns and a balloon animal dog that comes to life. 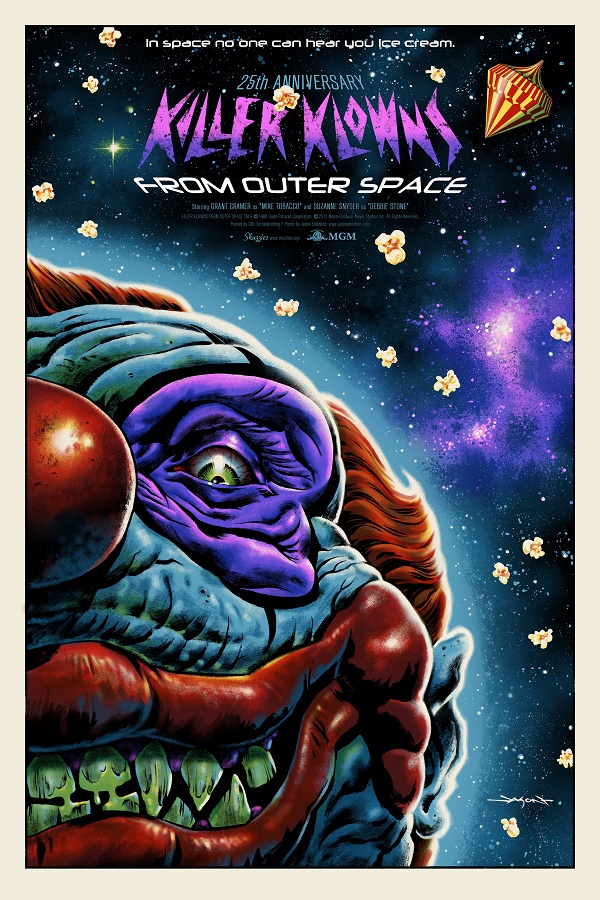 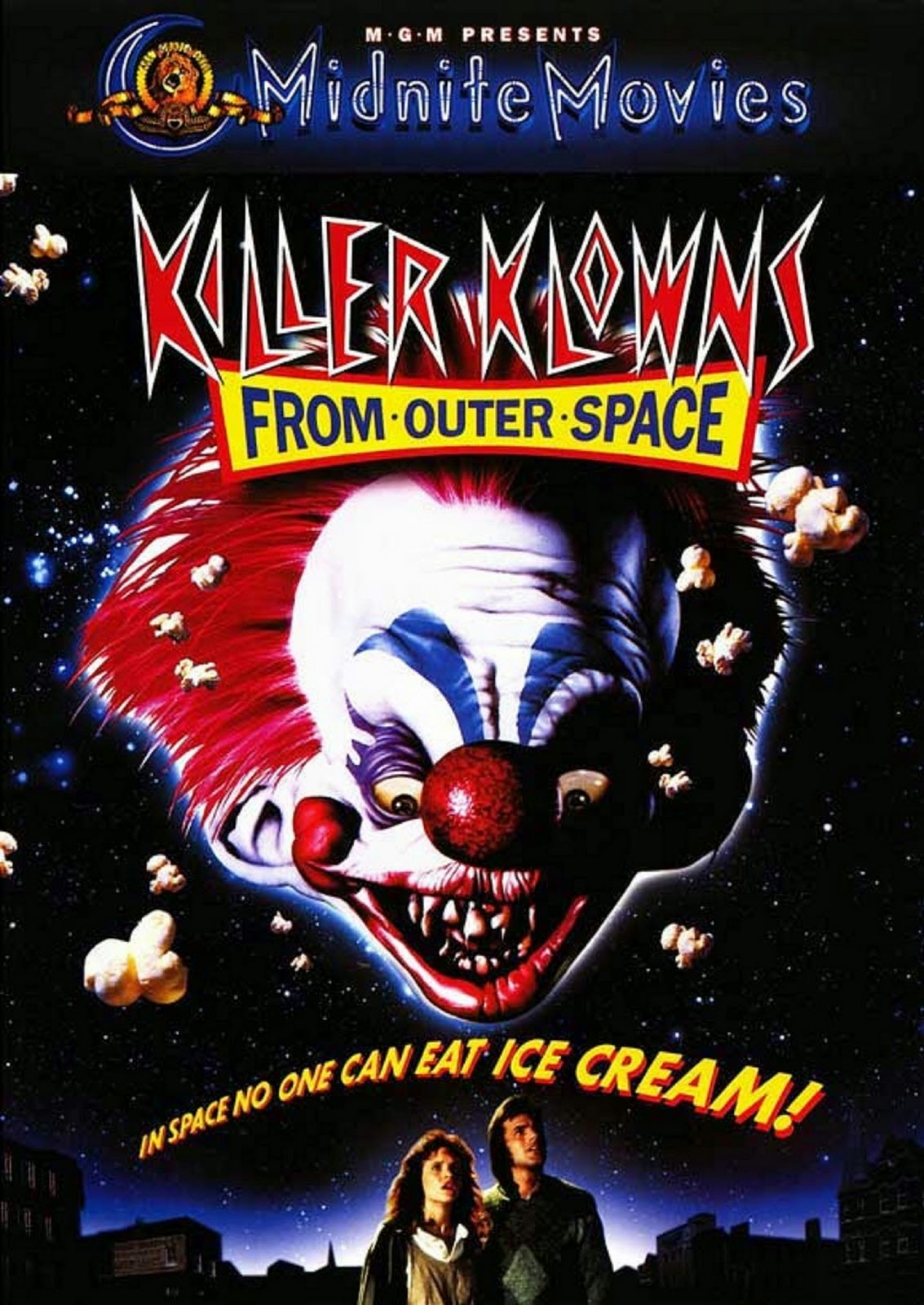 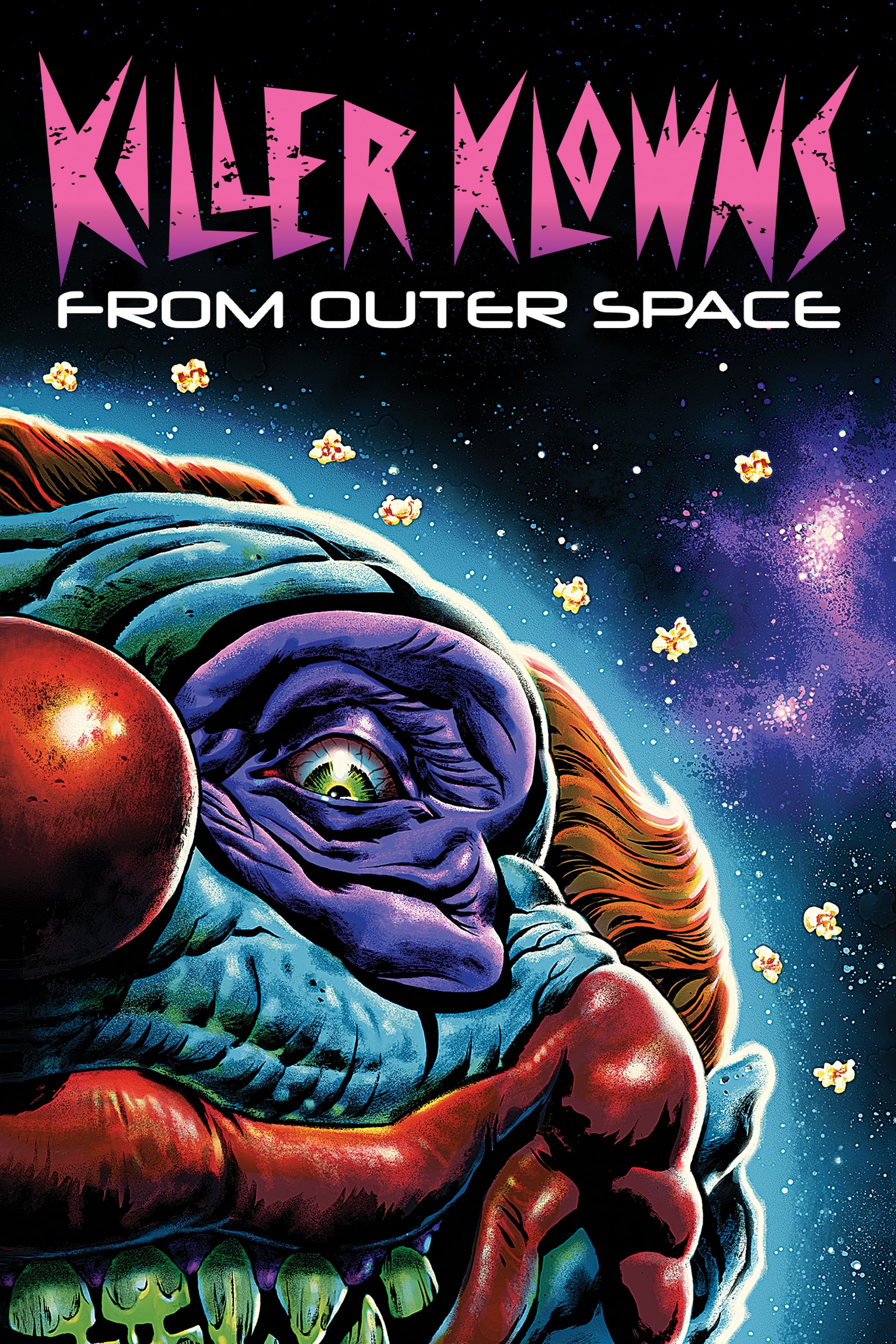 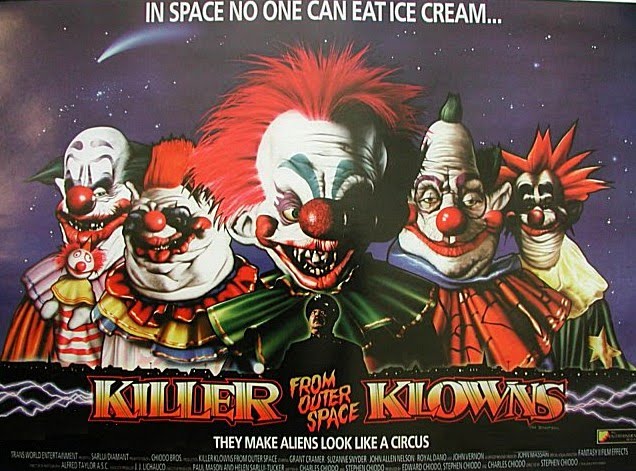 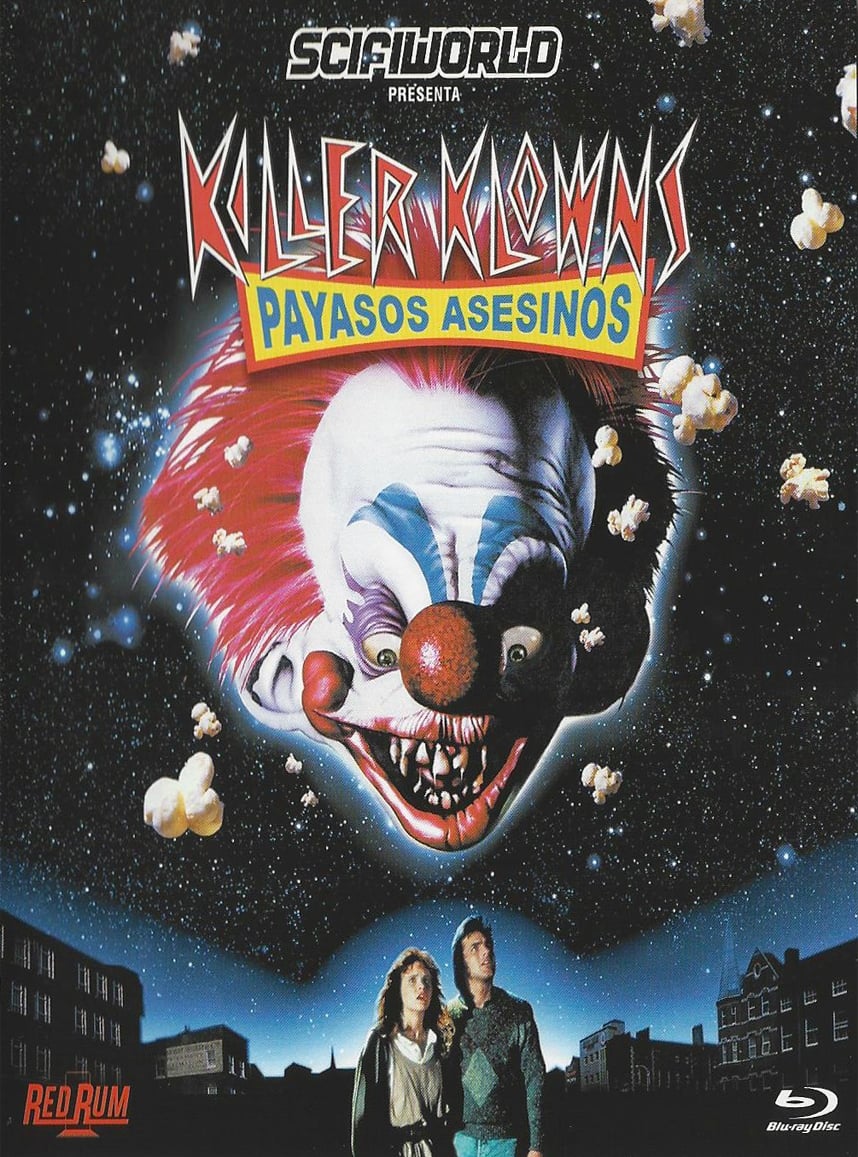 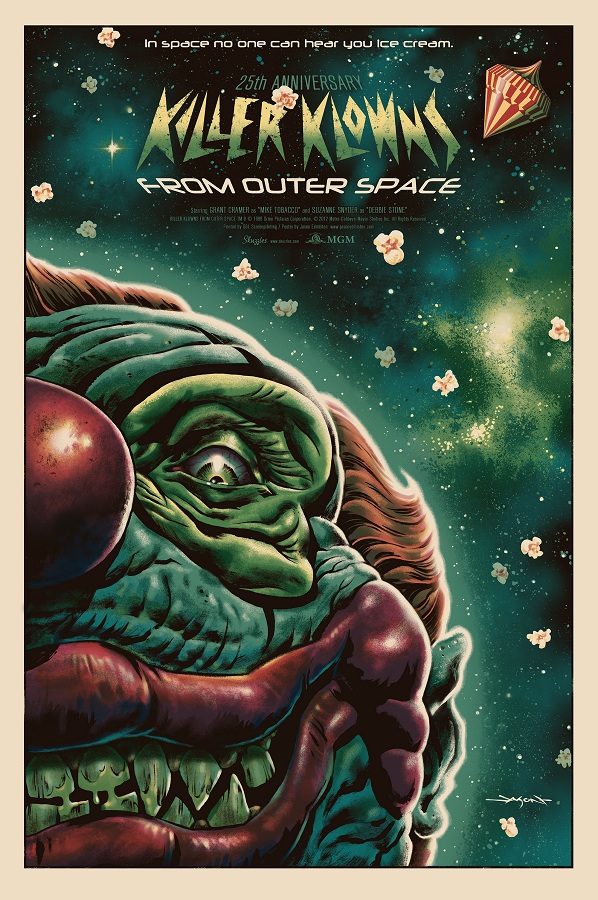